So, I keep talking about the Cincinnati tech community, but the reality is that we have tech neighborhoods. Unfortunately, I think we do a bad job bringing the neighborhoods together often enough. That's the reason the poorly named Cincinnati Web/Tech Drinkup was born after all. Chris and I had met a couple times and I thought he was a pretty smart guy, but I didn't get to talk to him very often since we went to different user groups.

I wanted a chance to hang out with Chris and all the other smart people working on cool things in the other communities without talking about a particular programming language or framework. A couple tweets back and forth and a year and a half later, we have almost 700 members and sponsors every month (except for next month, because of poor planning on my part -- get in touch if you want to change that).

I've known for a long time that there's a lot more happening here than meets the eye, and I know others do as well. How can we get the word out beyond our smaller groups?

One of the problems we face, as I see it, is how to begin to bring things together without friction or exclusion. The last thing we want to do is divide in to even smaller groups.

I've been looking at Philly a lot lately. Ever since Alex spoke at QCMerge last year, there one thing keeps repeating in my head.

I completely agree with that. As a developer, my first instinct is to code something. Now I have two problems.

The first thing I did after QCMerge was run off and set up two Rails apps: Made in Cincy and Calagator. Make that three problems. Two old Rails apps and no one using them. I naively assumed that if I built it, they would come. It seemed like a good idea at the time.

What I didn't do was talk. I didn't talk to anyone except my group. I wish I had written something about the idea then, so I could share that with others, create shared buy in and move the whole thing forward.

I understand now that the issue is communication. It's always communication. We don't need any more mailing lists or Google+ communities or forums, what we do need is more good old fashioned writing in public. Just write about what you're thinking, then share it with people who might be able to help.

You can say what you want to say once and let lots of people see it. This is a tough one for me, but as you can see, here I am doing it. I often have one-off conversations about something and assume everyone else is on board. I will stop that now.

Second, others can share it, too. This is also an issue for us. Carin is frustrated that lots of good events are coming up and we don't know where to talk about them. We need a way to talk about all the things that are happening. We need something we can point the business community toward to look for innovation. We need something we can point kids in school at to learn about programming, or hardware, or whatever other cool things we're doing this month.

That's a lot, and that's just the higher level groups. There are also the user groups:

And a few of the events:

The list goes on and on. It's a good thing. Scratch that, it's a great thing! But how can we start working together to get the word out beyond each of those smaller circles?

So, what can we do. Well, let's look at what's already there first:

I know very little about The Circuit. It sounds like exactly what we're interested in, but maybe a little dated. Is there value in talking with them? Probably. Seems like it's sometimes easier to push a rock that's already rolling.

Maybe we can just update what's there and get some content moving. That always helps.

I'm pretty sure this is part of The Circuit. It's basically an abused Meetup group, but it works. It's one giant group that creates events. Normally, Meetup groups are very focused; you'd have one for Ruby and one for Python, etc.

I'm not sure what to do about this one. I don't know if there's anything to be done, really.

I'm only mentioning these at the same time because there's been talk of just merging (ha, it works!) them together.

Let's talk more about that if it's absolutely necessary. I'd really like to figure something else out first.

What if we just start with a blog. I know, I said it isn't a software issue, but that's not what I'm talking about. What if we just start writing about our events. Someone is tasked with the overall management of the stuff, sure, but we each make an effort to take a picture and write a paragraph about whatever we're planning, participating in, attending or want to know more about.

Then, what if we took that content and pushed it to all those outlets up top. We start to develop a single stream about all the fun and exciting things that happen in our community. We start to create a single point of entry for someone interested in tech.

So, it's not that exciting. It's a step toward more communication outside the current circles, though and that's desperately needed.

I've got a lot more words in me, but that's enough for this one. I'm planning to talk about what I learned from the NY Tech Meetup and Nate Westheimer next. Hint: we need this for that, too.

What do you think? Let me know on Twitter.

This week was awesome. We had no car, went no where exciting, and we're in a great house. It was the closest thing we've had to normal since before we decided to sell the house. SundayWe took a walk around our new town and explored the beach. The rest of 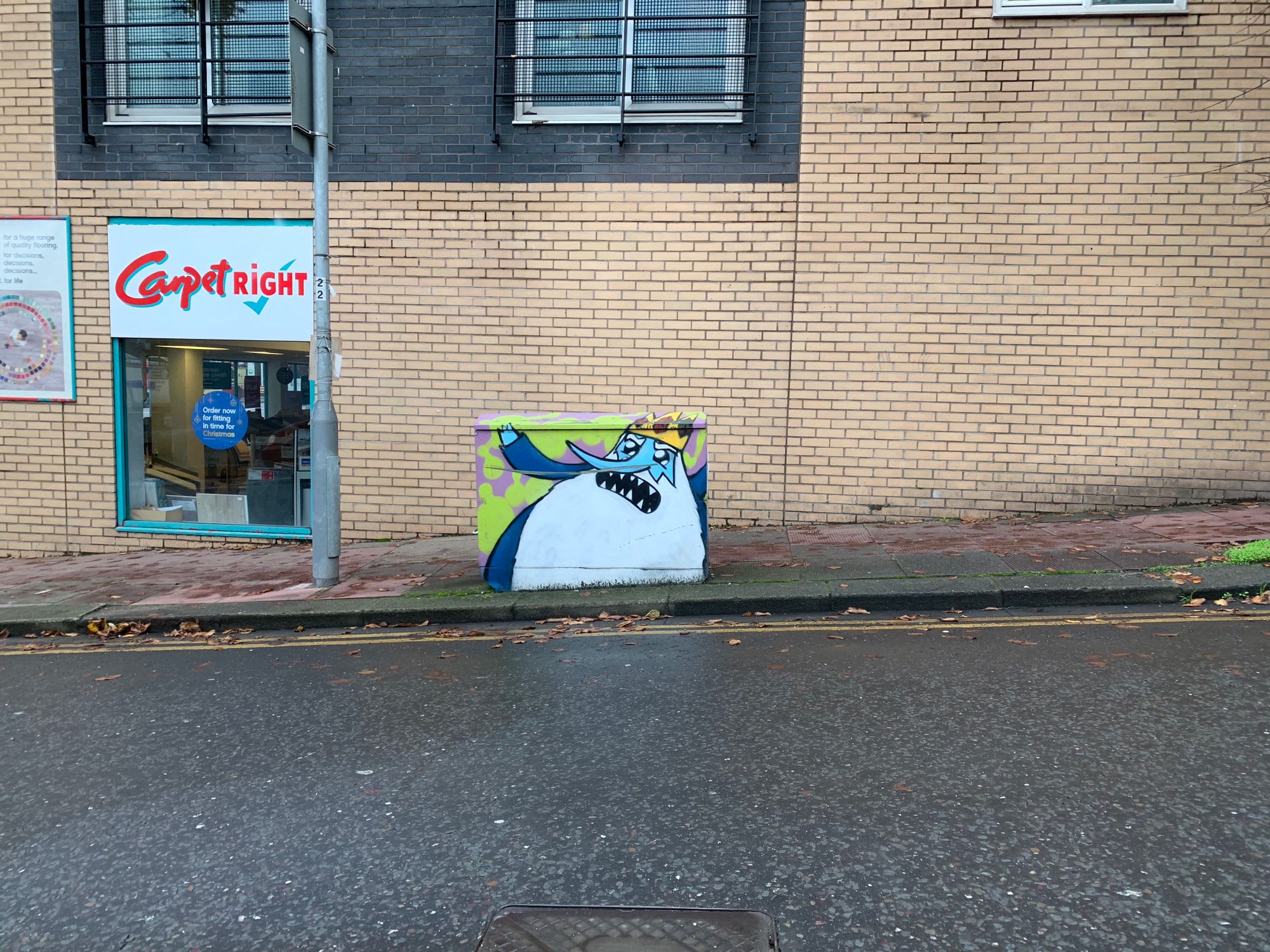 It's Oliver's birthday this week. Happy 8th birthday! 🎂 SundayWe loaded up and left Belle Grove around noon. Driving took a couple hours. We drove across the Dartford Crossing on the way. It's a high bridge over the inlet from the sea. I think we paid around £3.50 for the 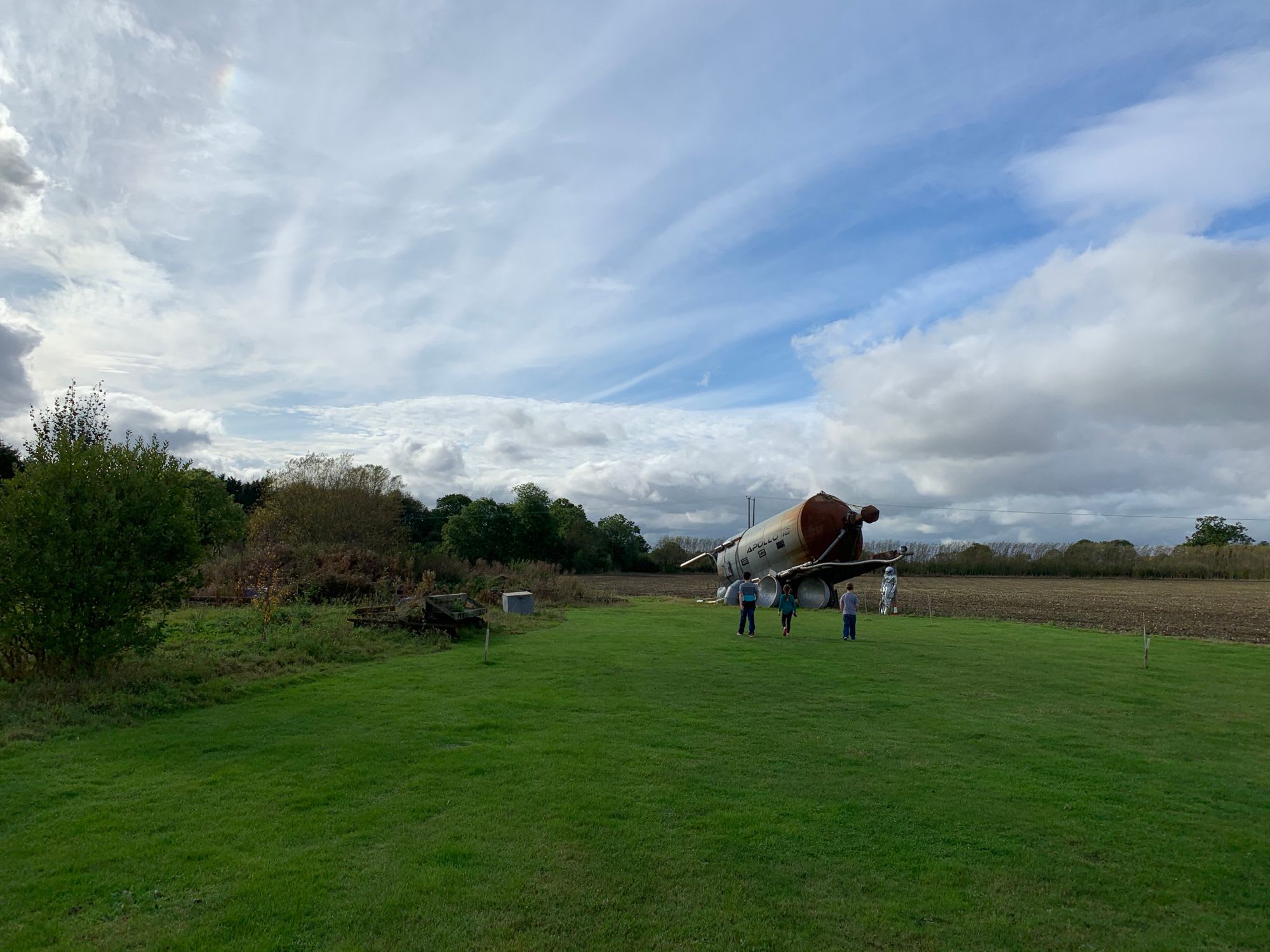 We moved to the East Coast this week to visit some old friends. James' family runs an amazing little retreat called Belle Grove Barns. It's full of character and smack dab in the middle of some of the most beautiful Suffolk countryside. SundayKatharine went off to explore London. Grammie, the